I love this sign. Motorists are supposed to change lanes to pass bicycles on the Trace. My experience was that many drivers did change lanes. A good many didn’t move their front wheels over the line, but still gave me much more clearance than I typically have on a highway.

There were exceptions of course, people who came much to close to avoid slowing down because of on coming traffic. The speed limit is 50 mph. Some where obviously in too much of a hurry to stay near that posted limit.

Another sign on Natchez Trace I really like is the one prohibiting commercial traffic. That one is not always heeded either. I saw commercial vehicles many times. The issue may be limited enforcement in the early spring.

Most of the time I had pleasant time along the Trace, despite two full days of rain. The northern section near Nashville, TN is hilly. Some of the grades are long. the photo shows me climbing a hill at 3.5mph. That is about as slow as I can pedal a fully loaded touring bike while maintaining balance. Since I turned around at Tupelo, MS, I got to climb the hills both ways. With about 45 pounds of gear, food and water, it was challenging.

If I ride the Trace again, I am thinking that starting at Natchez which will give me time to be ready for the hilly sections to the northern. 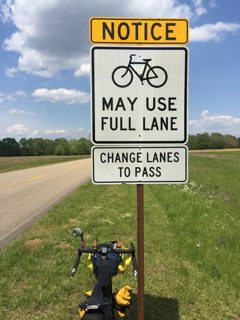 I have been very pleased that so many drivers actually charge lanes to pass bicycle. I will write more about this later.

Camping in the Rain 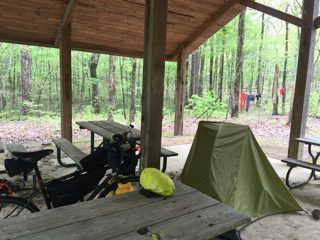 Camping in the Rain

I was thankful to find a shelter where I could setup my tent when I arrived in the rain. I didn’t have to deal with my wet raingear and clothing. 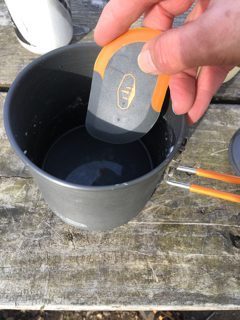 I read about this mini-scraper and thought it might help clean the cooking pot. It is very light and has been a great help. Cleaning oatmeal has been simple. I think it works better than a dish cloth. 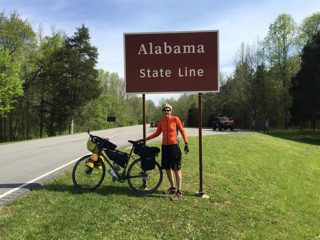 Day three I rode from the campground at the Meriwether Lewis site to the historical site of the Culbert Ferry across the Tennessee River.

A lady stopped there with a small son asked if I would like my picture taken. She said she didn’t think my arms were long enough.

The next day it rained almost all day. I took a quick picture at the Mississippi Line and kept riding toward Tupelo. 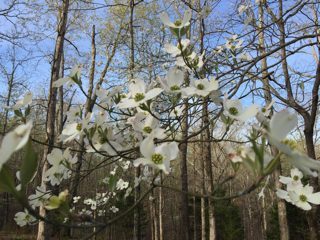 Last week dogwoods were in bloom along the Trace. It has been beautiful ride.

Wild Flowers Near the Duck River 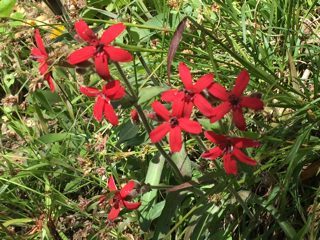 At Baker Bluff Overlook I followed steep narrow trail to Jackson falls. The sign didn’t say it was a goat trail. When I arrived I found there was easy access from the road. The few leaves on the trees blocked the view. I did hear the falls and saw some beautiful wild flowers along the way. 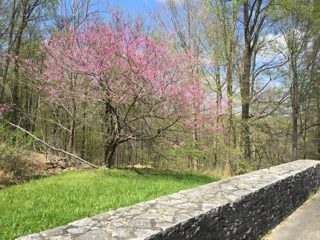 A beautiful day even with unseasonably cold weather. 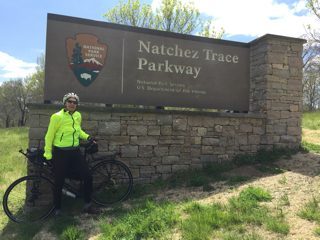 Welcome to the Trace

I am finally on the way. Some of you may notice the lack of gear in this photo. I parked in long term parking and rode up to the entrance and back before I loaded my bike.

I should have run a Strava segment to see the elevation gain. 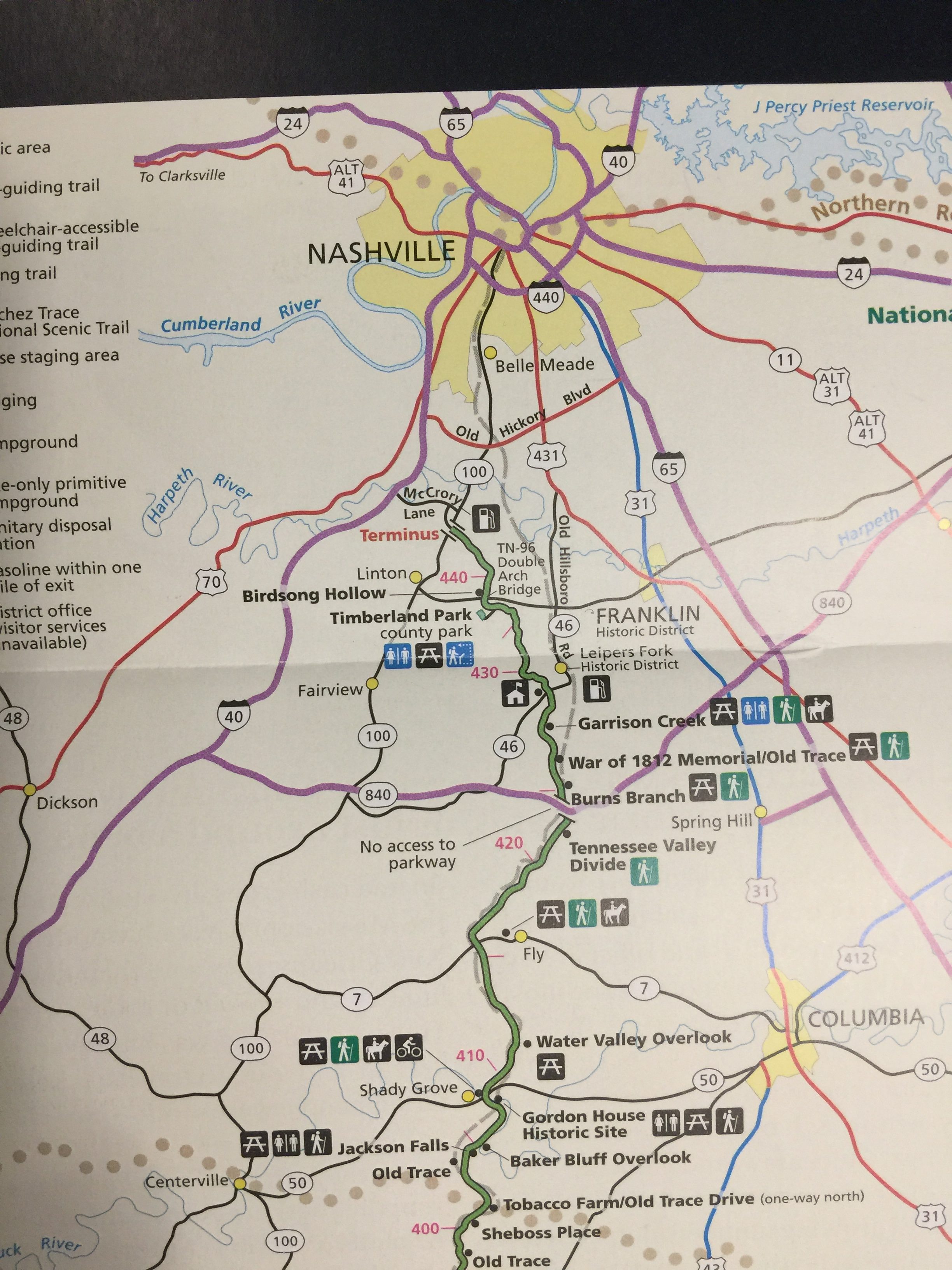 My goal today is is the bike only Campground at route 50.